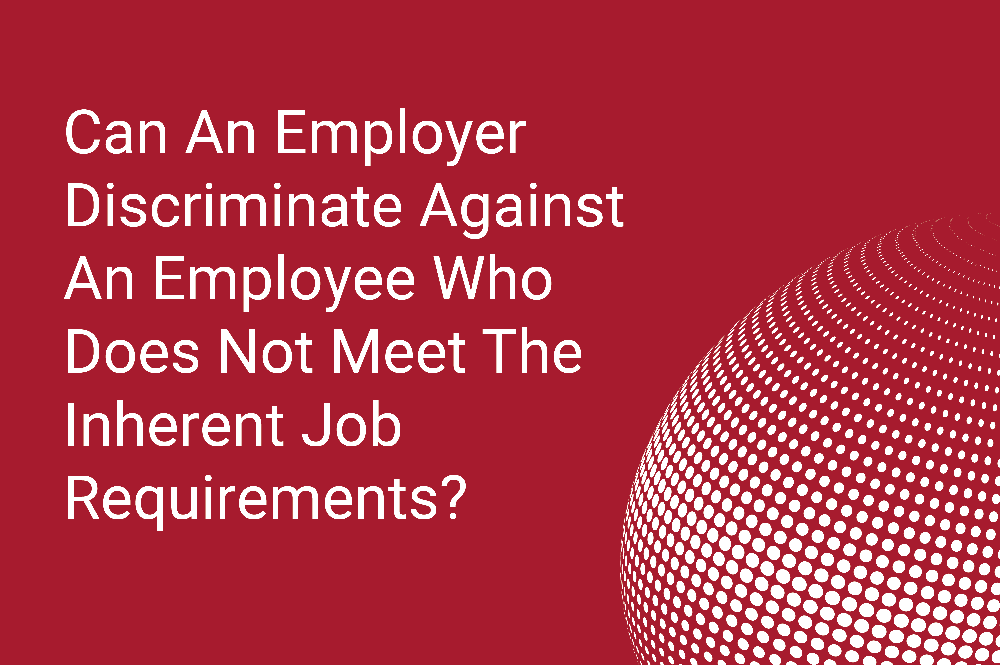 A complication arises where the employee is unable to perform those duties as a result of an injury that they sustained while on duty and where that injury has resulted in disability. Is it unfair discrimination not to promote the employee in these circumstances?

This was the question before the Constitutional Court in Damons v City of Cape Town.

Mr Damons works for the City of Cape Town as a Firefighter. He suffered an injury on duty which was determined to be of a permanent nature and he was no longer able to perform certain physical duties required of a Firefighter. He was placed in an alternative position that did not require him to perform those duties.

Mr Damons applied for the position of Senior Firefighter. In terms of the City’s policy and the relevant job description, it is an essential requirement of the job to be physically fit and able to carry weights of at least 25 kg. Mr Damons met all the requirements for the position but could not undergo the physical assessments due to his disability. He was not considered for the job.

Aggrieved with this, Mr Damons referred an unfair discrimination dispute on the grounds that the City’s policy discriminated against him on the basis of his disability. He further claimed that the City’s policy should be amended to exclude the physical assessment requirement and that he should be appointed into the position of Senior Firefighter.
Mr Damons agreed that he could no longer perform the physical duties of a Firefighter and that physical fitness was an essential requirement for the position of Senior Firefighter. It was the City’s case that, since the inception of the policy, no employee has been appointed as a Firefighter without having undergone the physical fitness assessment.The Court determined that once it was established that Mr Damons did not meet the inherent requirements of a Firefighter, there was no duty placed on the City to reasonably accommodate him.

For Mr Damons to have succeeded with his claim of unfair discrimination, he had to prove that he had been discriminated against on the basis of his disability despite having met the inherent requirements of the job. Whilst it may appear that the City’s policy discriminates against disabled employees in terms of the physical fitness assessment, there was no dispute that the inherent requirements of a Firefighter include being physically fit and able.

As such, the Court found that it was not unfair to discriminate against Mr Damons where he did not meet the requirements inherent in the position he wanted to be promoted to.

Many employers are unsure of which process to follow or what steps to take when dealing with an injured employee. It is important that the employer conduct an investigation to establish whether an employee is capable of performing their duties, partially or fully, notwithstanding their disability, and if not, the extent and duration of that inability.

Discrimination is a complicated and nuanced topic that necessitates getting expert advice at the earliest opportunity to ensure that costly mistakes are avoided.